For the second year in a row, triathlete Julie von Gruenigen was declared the Wageningen student sportswoman of the year. She received the award in the evening of Tuesday 18 April during the Thymos Sports gala.

Athlete Joep Kluwen was named sportsman of the year, the men’s athletics team of Tartlétos received the tiles of sports team of the year and volleyball coach Jacques van Leersum was crowned sports coach of the year.

Last year, Julie von Gruenigen took first place at the Triathlon Challenge in Roth, Germany. She also set the best time during the Ironman Challenge on the island of Mallorca. She qualified for the world championships in Hawaii this year. She was declared Wageningen student sportswoman of the year because of these achievements. She beat swimmer Francesca Marcato and lacrosse player Lin Peterse to the title. Athlete Joep Kluwen won for his achievements during various student championships, including the Batavierenrace (second place). The men of Tartlétos were decorated mainly because of their performance as a force majeure that led to their promotion from third to second division.

Trainer and coach Jacques van Leersum received the award because he has committed 31 years of his life to the student volleyball association WaHo. He will be taking his leave at the end of the season. 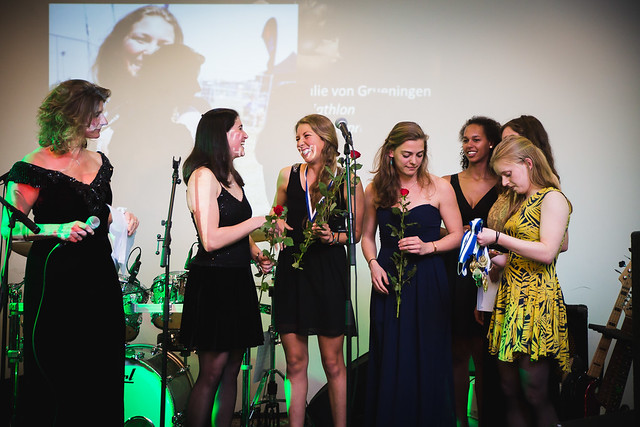