WUR’s centenary was celebrated with a keynote speech by Lee Cronin and the awarding of four honorary doctorates.

Rector Magnificus Arthur Mol opened the official programme on Friday afternoon. The opening was followed by a speech held by British chemist Lee Cronin of the School of Chemistry at the University of Glasgow about the origin of life and how it is studied in the lab. Next, three young Wageningen scientists spoke of their research and how it helps to unravel life. The afternoon was closed with the awarding of four honorary doctorates. 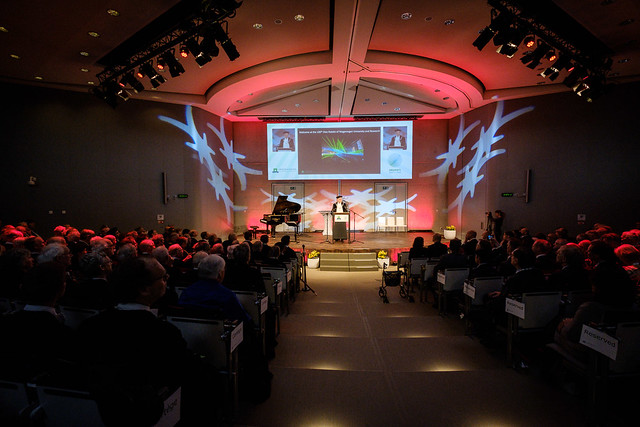 More about the dies natalis: