The Campus Run on Wednesday evening, 29 March, attracted more participants than ever. They ran faster than ever too.

Joep Kluwen completed the circuit in the quickest time. At seven o’clock sharp, exactly 266 runners (mainly students) set off for a maximum of two laps round the campus. That is a record for the Campus Run, which was held for the sixth time. The Campus Run decides who gets picked for the WUR team that will compete in the Batavierenrace. Team leader Laurelynn Cornfield is confident about their chances in that relay race this year. ‘We have been able to put together a strong selection.’

Women made up 56 percent of the participants in the Campus Run, which is very much in line with the overall student population in Wageningen.

Below a serie pictures of the Campus Run. 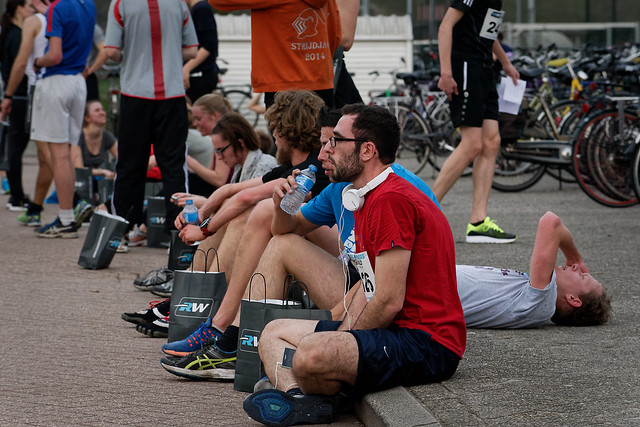