Wageningen was able to redeem its chances of a podium place at the national student championship: the Wageningen student athletes took second place at the GNSK on home turf.

During the Great Dutch Student Championship, which was last held in Wageningen in 1999, several first places were taken by Wageningen students, including the men’s football team and the squash team. The Ultimate frisbee players also won their final. Triathlete Julie von Grueningen beat her competition with ease in the sprint triathlon.

Nijmegen took first place, as they did last year. With a third place, Groningen also ended as they did in the previous championships. Eindhoven, which finished second on the previous occasion, missed the podium this time. Last year, Wageningen ended fourth. The Wageningen GNSK board hoped to improve that result this year.

Esther Veldhuizen, chair of Thymos, is proud of ‘her’ athletes. ‘Wageningen is actually more focused on broadness of sports offered, not as much on top-class sports. But we are still able to compete at a high level, which is amazing to see.’

About 1500 student athletes from around the Netherlands competed in the GNSK. 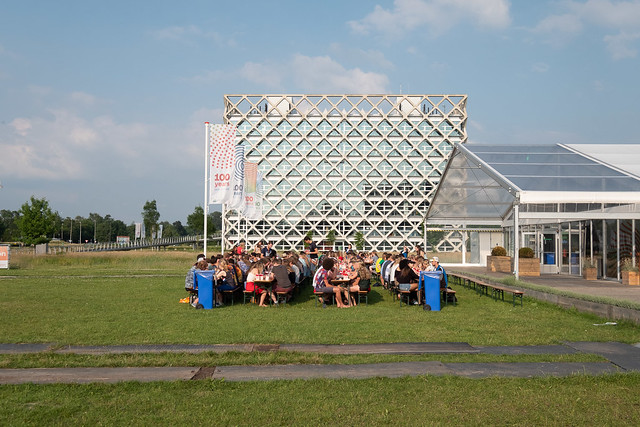