The Chinese New Year’s celebration ended last Sunday with the festive Lantern Festival. Students and scientists from throughout the country attended the event in Junushoff, where both Chinese and local acts performed.

The Lantern Festival marks the end of the weeks-long Chinese New Year’s celebrations and the beginning of spring. This year the Chinese Association of Students and Scholars in Wageningen (CASSW) decided to host a major event for all Chinese students and scientists – and other interested visitors - in the Netherlands. The programme included traditional Chinese acts, such as sword dancing, and local acts, such as the student orchestra De Ontzetting. There was also a singing contest.

‘It was fun to organise this,’ said Zhangning, the vice president of CASSW. ‘We wanted to offer people an enjoyable experience and celebrate the traditional Lantern Festival together with them.’ The mayor of Wageningen, Geert van Rumund, was also present with his family and a number of colleagues. ‘It’s encouraging to see that many nationalities get together at this festival. It was a real festival and with a wonderful programme.’ 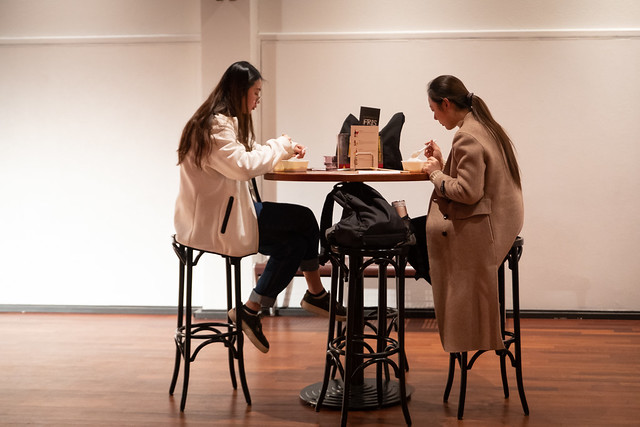