In the past few days, a whole bunch of new students was exploring the campus. Most of them were able to find a room through Idealis, but some had to be more creative. This did not always end well.

French Erasmus student Melanie Desgranges was scammed when she tried to find a room in Wageningen. While still in France, she placed an ad on Facebook. ‘Someone made me an amazing offer and asked for a deposit of 900 euros. After I had transferred the money, that person disappeared and was untraceable – even with the help of the French police.’ Melanie has since gotten over the nasty experience and has found a temporary room for ten days in Wageningen. After that, she will move to Asserpark, where she can stay for the remainder of her exchange.

Out of the 40 students interviewed by Resource, 28 (70 percent) had already found a permanent room. Eleven of them had found it through Idealis; the others are either subletting, renting from private individuals, staying with friends or commuting from another city in the Netherlands. As Idealis reserves rooms for international students, it is mostly the Dutch students who depend on private and creative solutions.

One such student is Simone Dirks, who had to find lodgement in a holiday home. She just arrived in Wageningen for her master’s in Environmental Sciences and has bought a holiday home in Bennekom. ‘Idealis told me that as a Dutch student, I would not get prioritised while looking for a room. So I looked for a small piece of land where I could build a small, sustainable home.’ However, the municipality told her that buying land was not possible. After a long search on the internet, she finally found a small house on a camping in the middle of the woods near Bennekom. Although she has to cycle for 30 minutes to get to campus, she is very happy with her new home and wants to stay there for the next two years.

According to Helen Albers of Idealis, among the students who registered for a room, there were 238 students who were prioritised due to distance. These students were the first to receive rooms. The student accommodation provider did not place each of these students, however, says Halbers. ‘Some of them had already found a different solution.’

German Erasmus student Ricarda Schmidt was one of them. Ricarda lived in Vienna for the past few years, where she is also doing her master’s. On an Austrian Facebook page, she found an ad of a WUR student who was looking for a room in Vienna for the duration of her exchange programme. Ricarda was already looking for a room in Wageningen, so she contacted the girl. Ricarda now lives in her room on Dijkgraaf for the next year, while the girl lives in Ricarda’s room in Vienna. She realises she was very lucky with this deal. 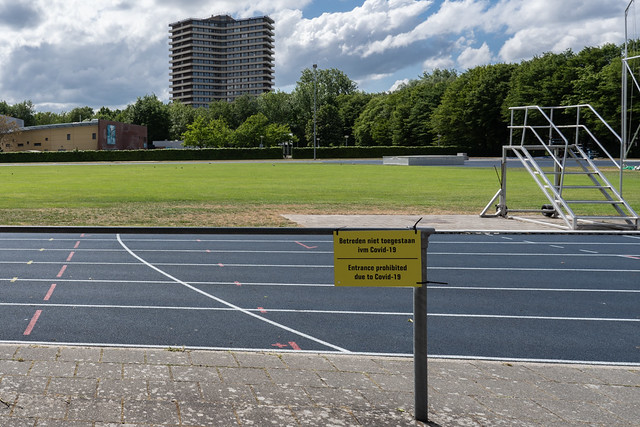